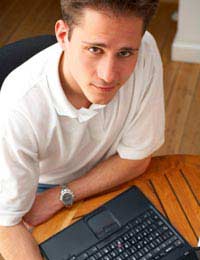 As an author, you want your readers to experience "Ah, ha!" moments throughout your works; you also want them to recognise something of themselves or others in your original characters. However, making certain that the personalities you invent resonate with your audience isn't a simple task. You have to dig deep and remain committed to your goal of connecting real readers with fictional characters.

Here, we'll provide a few helpful hints to get you started on the path to making your fictional men, women, children and other creatures "pop" from the pages with style and realism.

Keep an Eye on Continuity

No matter who you are, you likely operate at a certain level of consistency. (Even if you're given to sudden outbursts or fits of rage, you are still predictable in your unpredictability!) It's our patterns that give us depth and spirit as real human beings.

As the creator of new personalities, be sure that the characters you develop follow those same lines of continuity. This goes for your characters' habit, right down to clothing, soap and music preferences. Even if your character undergoes a major epiphany during your work, consequently radically changing his or her persona, that change must make sense for the reader contextually.

Make Your Character Fit in His or Her World

Whether you're writing about a time and place that never existed (such as in the future or on another planet) or one that has occurred or is happening right now, you need to be certain that your character reacts appropriately to his or her "world". Unless he or she is an "outsider", it's imperative that your creation follows the customs and traditions of the universe you've created.

Not sure what those habits are? Then you may want to develop a profile of the community and/or world in which your character lives. By taking the time to outline his or her society for yourself (as well as your readers), you'll be able to write a more realistic, provocative and/or engaging piece of creative prose than if you simply "winged it".

Be True to Your Characters

If you've ever written a play or novel, you've probably experienced some difficult writing moments where you've reread a passage only to wind up shaking your head and wondering, "Would my character really say/do/think that?"

Sometimes, you may wind up leaving in what you've penned; however, your nagging concern may actually be a telltale sign that you've been untrue to the individuals you've created.

Remember - if you as the author aren't convinced by something that's occurring in your story, your readers are likely to be unmoved as well.

Many creative writers choose to pen works of fiction based on a specific time or place such as ancient Mesopotamia, Dickensian London, or the 1920s (aka, the "Roaring Twenties"). Should you decide to tackle such an ambitious (but nevertheless exciting) task, it's absolutely essential that you spend a good deal of time doing your homework beforehand.

This doesn't mean you must become a full-time scholar to be able to create historically realistic fictional characters, but you need to spend more than an afternoon or weekend educating yourself on the practices, attitudes, speech patterns, sociology, politics and similar concerns of the time about which you're writing. Otherwise, your work will be filled with malapropisms and glaring errors. Of course, some readers will never catch those gaps or inaccuracies, but if your work is published in the global marketplace, it's best to be as precise as possible.

By giving your characters a serious amount of your time, you'll soon discover that they practically leap off the page with realism. In fact, don't be surprised if they take on lives of their own… did someone say "sequel"?