Tips For Writing a Haiku Poem 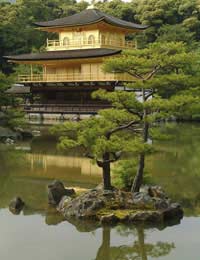 Are you ready for a creative writing challenge unlike any you have ever encountered? Do you yearn to begin a lifelong relationship with one of the most deceptively simple forms of poetry on the planet? If so, it’s time to turn your writing implement and brainpower to the centuries-old “haiku”.

Chances are, what you think you know about haiku is not exactly correct. Don’t feel bad, though… for many of us, our initial introduction to this Japanese-originated style of poetry was less than thrilling.

Unfortunately, many well-meaning teachers insist upon having youngsters compose haiku in a repetitive manner, usually placing five (or three) syllables in one line, seven syllables in the next, and five syllables in the last. As a regrettable result, kids wind up learning more about what a “syllable” is and much less about the subtle nuances of writing haiku!

Throughout the generations, haiku rules have come and gone, which is probably why so many of us are locked into the notion that these little gems are somehow formulaic and stripped of flavour. Yet authentic, expertly crafted haiku can actually bring a reader to tears or send chills up and down a listener’s spine.

To begin your personal haiku adventure, you’ll need a basic understanding of what a haiku is… and what it is not.

First and foremost, a haiku is not a run-on sentence. Though haiku are often devoid of explicit punctuation, the missing commas, semi-colons, periods, exclamation marks and dashes are actually meant to be implied. Thus, when read, a haiku should include natural breaks and pauses.

For example, consider this haiku by Masaoka Shiki:

a mountain village
under the piled-up snow
the sound of water.

As is the tradition in haiku, there are actually two sections to this haiku. Essentially, one is a fragment and one is a sentence. In this case, the fragment could be: “A mountain village”. And the sentence that supports it broadens the reader’s understanding: “Under the piled-up snow, the sound of water.”

But the most fascinating (and exciting) part of haiku writing is that a haiku isn’t always as obvious as it seems!

For instance, what if we switch our notion and make the first two lines the full sentence: “A mountain village under the piled-up snow”, and the last line the fragment: “The sound of water.” Suddenly, the image has been altered.

This is part of the beauty of haiku writing and also what makes it so much more complex than many authors might originally think. In fact, it can be downright complicated and takes many years to master, one of the reasons that it’s the perfect challenge for creative writers who want to stay at the top of their games.

NOTE: Though haikus are traditionally three-line compositions (and are much easier to tackle in this format), some are written in one line. Again, normal stops and gaps are insinuated rather than overt; however, one-line haiku can be tough as a starting point for novice haiku authors.

To begin your journey as a soon-to-be haiku enthusiast, there are a few steps you can take to make your entry into this focused poetry world smoother and more enjoyable.

First, read dozens (if not hundreds) of haikus to familiarise yourself with this type of poetry. See which ones really get you excited or make you think. Explore online haiku magazines, borrow a book of haiku poetry from your local library, or purchase a collection of haiku poems from a bookstore.

Next, decide on a theme for your initial haiku writings. Often, haiku are written about nature and seasonal elements, but that’s no reason for you to feel compelled to compose a haiku about springtime or a cricket. Let your interests guide you no matter how crazy they may seem… Who knows? You could be the first person to expertly write haiku about blogging foibles or downloading music!

Finally, keep working and reworking your haiku. Never assume that one is “finished”, as what seems so easy is actually tricky to master. Try new words, new phrases and new formats. Don’t worry about rhyming or punctuation, but do try for innate cadence, alliteration (where applicable) and imagery.

the pounding heart
is the haiku
in you