Using a Story Arc to Structure Your Plot 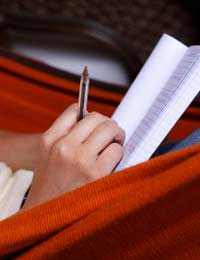 Writing would be so easy if it was a structured science. If only we could tap a few details into a story generator and churn out a perfectly formed plot.

There aren’t any formulas to follow but there are a few good guidelines we can adhere to that will benefit our plots enormously.

The story arc maps the main structure of a good plotline and can be used in any genre or length of writing we are working on.

What is a Plot?

A plot is a thread that runs through a story describing a journey. This doesn’t have to be a literal journey; it can also refer to a character’s emotional adventure which then forms the backbone of the story. The plot carries characters, readers and the writer from one starting point to another point altogether.

In the course of a plot, characters move through the clouds of a problem or a conflict in their lives towards a resolution at the end of the plot.

If there is no journey or problem to solve, a story simply becomes an account of a situation. There is no plot. The reader and the characters have to experience or witness a set of struggles, changes and transformations.

For example, Bill goes on a camping trip. He finds somewhere to pitch his tent, sets up a campsite, passes a pleasant evening and returns home the following day. This is an account of Bill's camping trip.

Or, Bill finds his pitch; a strong wind blows his tent away onto the beach. He follows the tent and in doing so stumbles across some mysterious men on the beach who are unloading a small boat and don’t look too pleased to see Bill arrive on the scene.

The difference is that Bill has a problem to overcome. He has to retrieve his tent and possibly evade capture. Once he has done this we arrive at the end of the journey and a few changes have occurred.

As soon as small children start to create their own stories, they learn that every story has to have:

The simple arc of the beginning, middle and end is an effective guide for the writer to follow but a more elaborate story arc is useful.The story arc isn’t a foolproof way to create a good plot, it’s another instrument in the writer’s toolkit that helps put together skilful and interesting writing.
Next Page

Want Inspiration For Your Writing?

Copyright and Laws: What You Need to Know

Bringing Out Your Creative Side