Home > Get Noticed > Getting Involved With Your Community Theatre

Getting Involved With Your Community Theatre 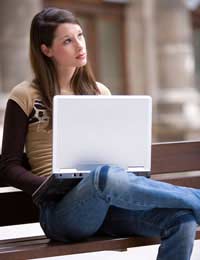 Are you a budding playwright? Do you have a story to tell that you feel would be perfect for the stage? Then you may want to get involved with a local theatre in your community.

Many smaller playhouses are actually quite open to producing original works by regional up-and-coming writers, especially those theatres that are volunteer-based (and therefore have few or no salary costs to cover). Often, such troupes relish the thought of being the first to introduce the public to something never seen before, as doing so could garner valuable media attention and/or the attraction of new patrons.

However, you’ll want to follow a few steps before you approach the theatres in your area with a suggestion you collaborate on a project:

Before you can entice a group to provide a venue for your theatrical work, you first must have some kind of script in hand. Though it doesn’t necessarily have to be a completed work, you should have the bulk of it finished or outlined in great detail. This way, the “powers that be” at the playhouse can determine if they feel your story is worth their time and effort.

If you’re not sure how to write for the stage, you may want to begin reading a number of scripts or even taking a playwriting course. That way, you’ll be assured of having a technically sound play when you’re ready to “shop it” around.

It’s best to do a little research before asking an area theatre to produce a version of your play. For instance, if the playhouse that first enters your mind as a possibility has a reputation for offering only Broadway-style musicals, they might not be receptive to your avant garde, one-act drama. On the other hand, the nearby university theatre department may be itching to give their acting students something unique with which to practice their thespian skills.

Don’t simply rely on the Internet for this kind of investigation, either. You’ll have to visit the theatre, too, to ensure that your play doesn’t exceed their technical abilities.

Sometimes, it’s tough to say, “Hey… would you be interested in working with me and producing my script for free? I’d just like to see how it ‘plays’ on stage with real actors?” But it’s more likely than not that you’ll have to offer your initial performance piece “gratis.” Most community theatres simply don’t have the funds to pay an unknown writer anything more than perhaps a simple stipend or maybe a few perks (such as free season tickets for you and a few friends.)

Yes, you want to be paid in the long run; that’s understandable. However, don’t be too quick to deny yourself the opportunity to see how a real, live audience reacts to your words and plotline. Every playwright has to start somewhere.

No. 4: Protect Yourself… and Your Piece

If a theatre does want to produce your play, that's great… but make sure that any contract you sign with the group makes it perfectly clear that you still own the copyright to the piece. Though this concern over copyright is usually a non-issue, it’s critical that you keep the rights, as you’ll doubtless want to offer the play to a reputable publisher down the road.

No. 5: Let the Actors and Director Do Their Jobs

During the time that your play is in rehearsals, you might be tempted to watch the progression. This is typically encouraged as long as you recognise that you’ll be expected to keep your opinions to yourself (unless explicitly asked.) Though you may not completely adore a director’s decisions, if they do not involve striking or changing major scenes, defer to his or her judgment lest you gain a reputation for being too difficult.

(Of course, one way around this conundrum is to not show up until opening night. Another is to direct the work yourself.)

Remember that if you truly want to write creative comedies, dramas and musicals for the public, there’s usually a way to make your dreams of connecting with an audience come true. And one step to achieving your goals could be as close as the local theatre.

The Benefits of Social Networking

Send Stories to Friends and Family